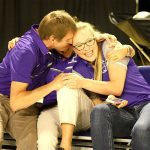 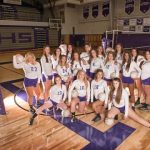 Curtis Marlin October 25, 2017 Throughout the 2017 season, the Portland volleyball team has been known as “Team 29.” The term means that this was the 29th team since the volleyball program was revived in 1989. The word team could also describe how this group has maintained the tradition that was started 29 years ago.